Background: Catheter ablation for atrial fibrillation (AF) has been shown to reduce symptoms and improve quality of life when compared with medical treatment. It is unclear whether frailty impacts on the outcome of pulmonary vein isolation in patients with symptomatic AF. We sought to evaluate the association between frailty as measured by the validated NHS electronic Frailty Index (eFI) and outcomes of AF ablation.

Methods: All patients who had undergone second-generation cryoablation between January 2015 and May 2019 and aged ≥65 at Eastbourne District General Hospital were included in the study retrospectively. The primary endpoint for success was deﬁned as freedom from atrial arrhythmia lasting >30 seconds during the follow-up period beyond the 3-month blanking period. Frailty was based on the eFI and the cohort split into four groups: fit, mild, moderate and severe frailty. Baseline continuous variables were compared using one-way ANOVA between groups and time to arrhythmia between groups was compared using the log rank test.

Conclusion: Frailty is associated with poorer outcomes in patients undergoing AF ablation. The eFI may be used in the prognostic evaluation of AF ablation outcomes. Further studies are essential to confirm the findings of this study. ❑ 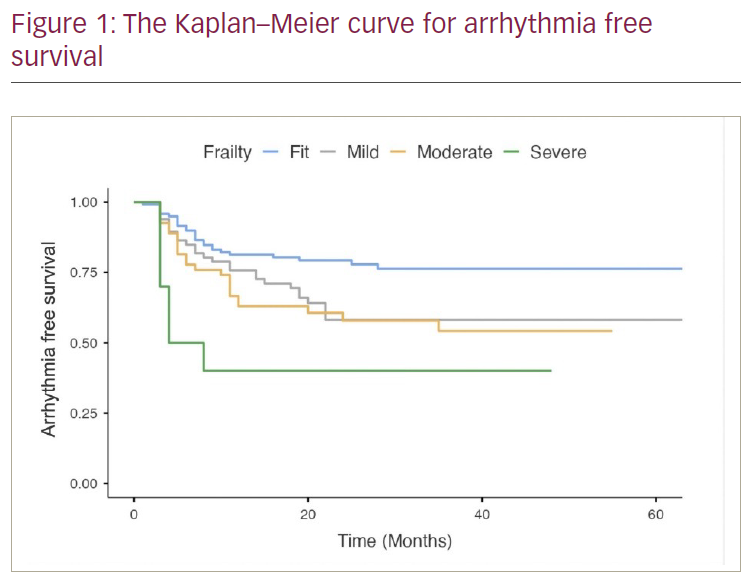