Background: Manufacturers of cardiac implantable electronic devices have incorporated automatic features to improve safety, allow remote monitoring and improve longevity. The Abbott Autocapture algorithm measures capture threshold by verifying impulse capture using an evoked response and adjusts the output. If the device identifies loss of capture (LOC), it delivers a back-up pulse (VPP). However, an intrinsic QRS complex may coincide with the initial impulse, and the device may interpret this as LOC and deliver a VPP. A small number of case reports describe ventricular tachyarrhythmia potentially associated with the delivery of a VPP in Abbott/SJM devices. We recognised this phenomenon in several of our patients prompting a systematic local case review.

Methods: We reviewed the local follow-up data for all Abbott pacemakers. We reviewed all ventricular high-rate episodes which had accompanying EGMs. If confirming a ventricular tachyarrhythmia (VT), we recorded any evidence of a LOC-VPP response on the EGM and classified if this immediately preceded the event or was present elsewhere on the EGM.

Discussion: The use of the Ventricular Autocapture algorithm in Abbott pacemakers could be associated with the apparent initiation of VT in over 8.8% of patients. We have yet to carry out systematic review of patients with other manufacturers’ devices, but anecdotally we have not identified this in these groups. The Abbott algorithm differs from other manufacturers in that the backup pulse is at 80 ms – the shortest interval of the large device manufacturers. The vast majority of our pacemakers are now remote monitored and it may be that this better allowed us to identify and investigate this issue. It may also be that our strategy of remote follow up increases Autocapture activation subsequently revealing the scale of this potential problem. We are in the process of deactivating the Autocapture in any patient with evidence of VHR in association with a LOC-VPP event and will gather data prospectively to assess the impact of this. During this investigation process, our findings have been shared with our regional cardiac network, Abbott and the MHRA. 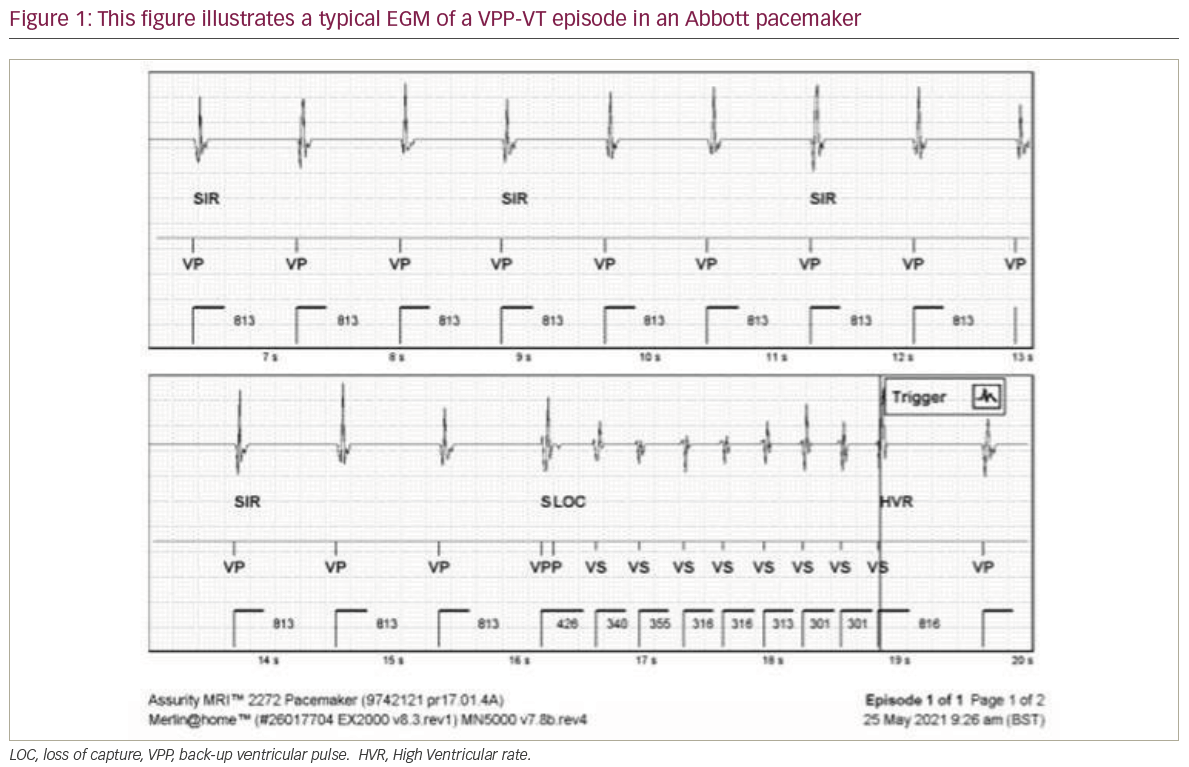