Introduction: Patients with structural heart disease (SHD) are susceptible to ventricular tachycardia (VT) and arrhythmic death. Use of anti-arrhythmic drugs is often confounded by unacceptable side effects or suboptimal effectiveness. Catheter ablation (CA) is a viable option in these patients. This study aims to: 1) determine long-term outcome of patients with SHD undergoing CA for VT; and 2) identify potential predictors of favourable ablation outcome and improved survival. 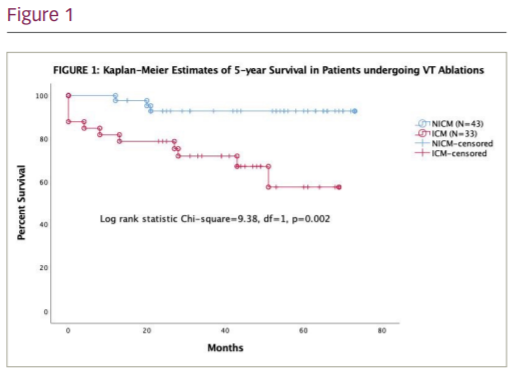