Background: Catheter ablation for paroxysmal supraventricular tachycardia (PSVT) is potentially curative but little is known about the frequency or timing of repeat ablations.

Purpose: To characterise repeat ablations in patients <65 years with PSVT.

Methods: Retrospective study using demographic, enrolment, and claims data from the IBM MarketScan® research database to identify patients <65 years with an initial catheter ablation for PSVT (ICD-9: 427.0; ICD-10: I47.1) between January 1, 2009 and December 31, 2015. Patients were required to be observable for 1 year before and after index ablation; a subset of patients was followed for up to 7 years post index. Primary outcome was repeat ablation within 1 year; Secondary outcome was repeat ablation in all follow-up. Logistic regression was used to assess odds of re-ablation. 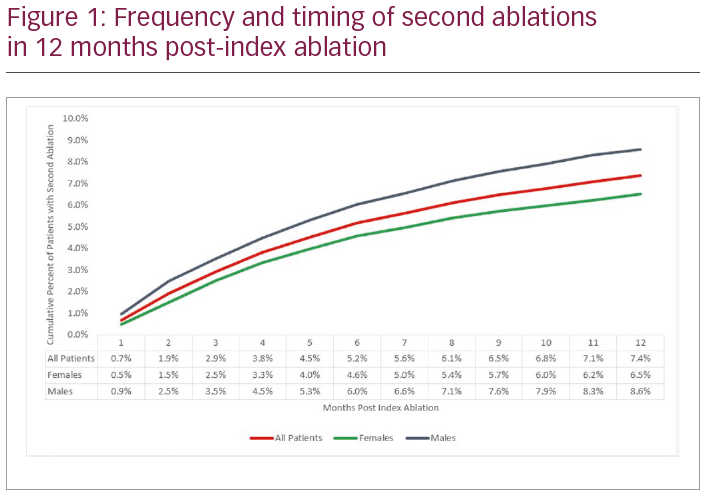