Introduction: Protecting individuals from atrial fibrillation (AF)-related stroke through the appropriate initiation of anticoagulation therapy is a national priority. Based on QOF 2019/20, in Cornwall 1,340 (10%) people with AF at risk of stroke were not prescribed anticoagulant therapy. Like many health systems, for the last couple of years our provider acute trust stroke team has retrospective reviewed patients admitted with ischaemic stroke. Results so far have demonstrated that of 689 cases of ischaemic stroke reviewed in 2020, 165 had a prior diagnosis of AF and 85 (51%) of these were not anticoagulated on admission. NHS Kernow CCG medicine optimisation (MO) team was asked to support secondary care to understand why there was an increase in 2020 in the proportion of admitted patients with AF who were not anticoagulated.

Method: The stroke team shared a list of 85 patient (69 patients plus 16 additional anonymised deceased patients) known only by their NHS identification number and GP practice identification code. The list was from the full year 2020, and identified patients admitted with a stroke and with a prior diagnosis of AF but not anticoagulated. 33 GP practices registered in Cornwall were identified through the list. The MO team has started investigating these patients’ records in order to establish if there were any common themes or reasons for lack of anticoagulation. Results: Thirty-four patients (from 15 practices) have been reviewed so far. Nineteen (56%) were male and the majority – 21 (62%) patients – were over 80 years old. Nineteen (56%) of the 34 patients had a record on the GP system of AF before the admission for stroke, and 15 (44%) did not have any such record. The reasons for these 19 patients not being on anticoagulant were due to contraindications for 10 (53%) patients, such as subdural haematoma, rectal haemorrhage, age-frailty, ulcerative oesophagitis; declined anticoagulant for five (26%) patients; actually prescribed anticoagulant for three (16%) patients; and one patient (5%) was diagnosed a few months before the stroke, but upcoming surgery delated the therapy.

Conclusion: For 15 of the 34 patients, it would appear that the hospital categorisation of having AF and not being on anticoagulant was incorrect in that the GP record did not make mention of an AF diagnosis before the stroke. Nineteen patients with a pre-existing diagnosis had a valid reason recorded in the GP system for not being on an anticoagulant – this may not have been clear to the stroke audit team. Whilst declining treatment is an acceptable outcome of properly undertaken shared decision-making (five of our patients), patients’ beliefs about AF related stroke and anticoagulation may need to be explored. Three of these 19 were actually on an anticoagulant prior to admission. However, increasing vigilance and better understanding of risk/benefit of anticoagulants can prevent the occurrence of future strokes and associated morbidity. The audit has raised some important questions about how secondary care record AF diagnosis and management in primary care, but also further awareness and campaigns would be recommended to improve detection of stroke risk factors in the community in order to combat the rising incidence of stroke in the elderly population.

Cryptogenic stroke (CS) is a brain infarction that cannot be clearly attributed to cardioembolism, large-vessel atherosclerosis or small artery disease, despite extensive clinical evaluation.1 It represents approximately one-third of all ischaemic strokes worldwide.2 Stroke represents a major public health crisis, as it is the fifth most common cause of death in the USA and a significant cause […] 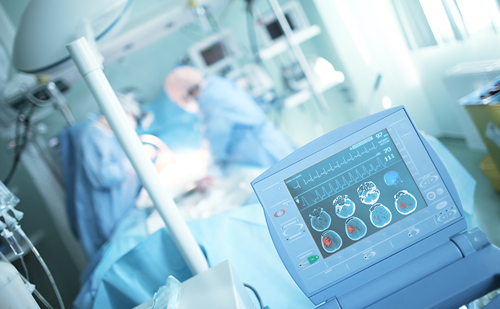 Globally, a high proportion (around 25%) of transient ischemic attacks (TIAs) and ischemic strokes are cryptogenic.1,2 The Trial of ORG 10172 in Acute Stroke Treatment (TOAST) classification defines a cryptogenic stroke as a brain infarction that is not caused by definite cardioembolism, large artery atherosclerosis, or small artery disease, despite extensive investigations.3 The “ASCOD” classification defines strokes […]