Conclusion: Changes of electrical and structural remodelling in ASD patients predominate in the right atrium and in ambulatory patients right atrial ectopy is more common in ASD patients than control patients. A strategy of right-sided ablation as an adjunct to pulmonary vein isolation in ASD patients with atrial arrhythmias warrants investigation in a randomised controlled trial. 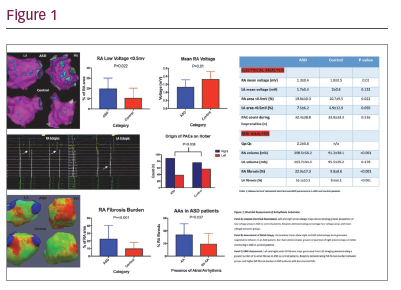