Background: Reliable creation of durable transmural lesions is the key for successful catheter ablation procedures. Tissue impedance drop during radiofrequency delivery has been traditionally used as an indicator of lesion formation and size. More recently, Lesion Size Index (LSI) has become available in clinical settings as marker of lesion formation. In animal studies LSI correlates with lesion size regardless of the power used, meaning that it is theoretically possible to achieve the same lesion size with different powers by modifying contact force and ablation time accordingly. However previous data also suggest that ablation lesions reach maturity after 20-30 sec of energy delivery and no further increase of lesion size is observed thereafter despite more prolonged ablation. We assessed the relationship between ablation parameters and tissue impedance drop, as surrogate marker of lesion size, to help establishing ideal ablation settings and target indices for atrial RF catheter ablation.

Methods: Consecutive patients undergoing their first left atrial catheter ablation for atrial fibrillation were enrolled. Point-by-point ablation was performed for all study ablations, using RF powers of 20, 30 or 40 W. Tissue impedance, contact force, RF power and LSI values were continuously recorded during ablation and sampled at 100 Hz. An STL filter was used to process the impedance data and remove noise. The mean contact force was calculated for every lesion. The effect of contact force and power on impedance drop was assessed. The variation of impedance drop over time and LSI were also investigated. The maximum percentage impedance drop for every interval was calculated relative to the starting impedance.

Results: A total of 3337 RF lesions, delivered in 44 patients, were included in the analysis. The maximum impedance drop achieved during RF delivery was progressively higher with use of higher RF powers (Figure 1). 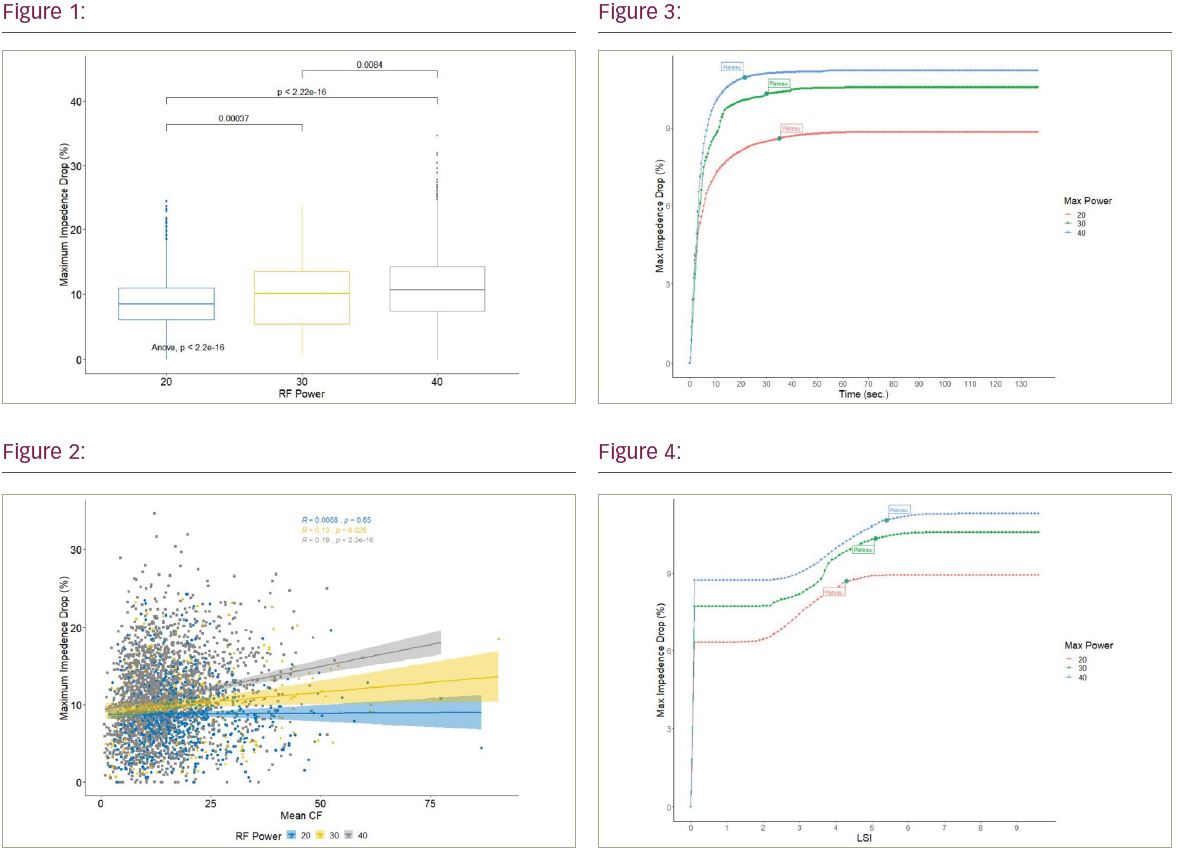