Psychogenic nonepileptic seizures (PNES), or pseudoseizures, are paroxysmal episodes that resemble, and are often misdiagnosed as, epileptic seizures; however, they are psychological (i.e., emotional, stress-related) in origin. Unlike epileptic seizures, PNES do not result from an abnormal electrical discharge from the brain; they are a physical manifestation of a psychological disturbance. We present an interesting case of PNES with pseudo-ventricular tachycardia due to body movement related artefacts. A careful analysis of the whole 12-lead electrocardiogram is required to rule out an artefact-related appearance of ventricular tachycardia. Correct interpretation of electrocardiograms and their co-relation to clinical history and presentation is key.

Psychogenic nonepileptic seizures (PNES), or pseudoseizures, are paroxysmal episodes that resemble, and often misdiagnosed as, epileptic seizures; however, they are psychological (i.e., emotional, stress-related) in origin. Unlike epileptic seizures, PNES do not result from an abnormal electrical discharge from the brain; they are a physical manifestation of a psychological disturbance.1 PNES may be thought of as a type of conversion disorder. Misdiagnosis of epilepsy is common and occurs in approximately 25% of patients with a previous diagnosis of epilepsy that does not respond to drugs. Most cases of misdiagnosed epilepsy are eventually shown to be PNES or, more rarely, syncope. Accurately distinguishing pseudoseizures from epilepsy and other illnesses is difficult because of the breadth and overlap of symptoms seen in each condition and because of the frequent co-occurrence of pseudoseizures and epilepsy. Moreover, despite the ambulatory electrocardiographic monitoring system used, which is used in clinical practice as a means of detecting cardiac arrhythmias during daily activities,2 a number of artifacts could lead to misdiagnosis.3

A 28-year-old woman with a prediagnosis of ventricular tachycardia (VT) captured by Holter recording, was referred to our clinic for further investigation. She had a history of PNES and anxiety. The electrocardiography (ECG) and echocardiography were nondiagnostic. Although at first glance the appearance of the recording resembled polymorphic VT (Figure 1), an accurate analysis of the trace revealed an underlying normal heart rhythm and the continued presence of normal QRS complexes (the ‘notches’ sign) at the cycle length of baseline rhythm within the apparent wide complexes (marked by stars in Figure 2). This resulted in the recognition that the wide complexes were electrocardiographic artefacts. We ordered a tilt testing to investigate the cause of her fainting episodes. On the tilt testing, the patient experienced drowsiness and light-headedness without any arrhythmic or haemodynamic compromise. Based on the aforementioned analysis of the Holter tracing and Tilt testing result, we decided not to conduct any further cardiological diagnostic testing.

Cardiovascular disorders may cause loss of consciousness complicated by abnormal movements due to generalised cerebral hypoxia, leading to the initial impression of epileptic seizure.4,5 Indeed, epilepsy and seizures can have a dramatic effect on the autonomic nervous system by involvement of the central autonomic control centers.6 Epileptic discharges directly influence areas of the central autonomic network, thus regulating heart rate and rhythm. In addition, epilepsy is frequently associated with epileptic ictal tachycardia or bradycardia, which sometimes precedes the onset of seizures.6 Epileptic ictal tachycardia is sometimes associated with electrocardiographic morphologic changes and epileptic ictal bradycardia often progresses to asystole. Such cardiac manifestations of seizures have been hypothesised as possible causes for sudden unexplained death in epilepsy.7 The diagnosis of epilepsy is often made on the basis of clinical grounds, but the clinical criteria for epilepsy may not be sufficiently specific to differentiate between epileptic and non-epileptic seizures. Occasionally, but more often than has been reported, true epileptic seizures are triggered by non-epileptic syncopes. This combination of syncope and epileptic seizure has been called an reflex anoxic-epileptic seizure. Syncope may be an under-recognised trigger for convulsive acute symptomatic seizures. Avoidance of syncope may be more effective than anti-seizure medications in preventing reflex anoxic seizures.8,9 Moreover, PNES continue to represent a serious diagnostic challenge for neurologists.1 The PNES, or pseudoseizures, are paroxysmal episodes that resemble, and are often misdiagnosed as, epileptic seizures; however, PNES are psychological (i.e., emotional, stress-related) in origin. Patients with episodes of collapse are frequently referred to either cardiological or neurological services and the correct diagnosis is often elusive. 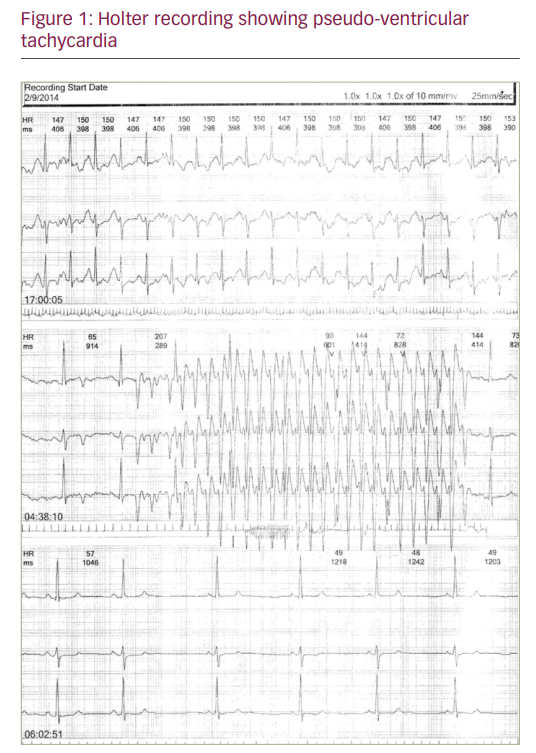 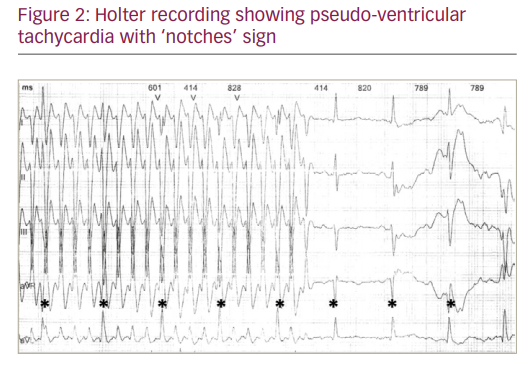 Since some cardiovascular arrhythmias, such as asystole or VT, may cause loss of consciousness complicated by abnormal movements due to generalised cerebral hypoxia, leading to the initial impression of seizure, cardiac issues should be systematically considered in patients with a diagnosis of epilepsy remaining uncertain.10 Moreover, even under the supervision of board-certified cardiologists or electrophysiologists, artefacts on electrocardiograms could be misinterpreted as ventricular tachycardia and cause inappropriate resuscitation, cardioversion or device implantation. The difficulty in reaching a correct diagnosis, even for experienced physicians, was further highlighted by a large study of 766 doctors conducted in the US.7 This revealed that 58% of cardiologists and 38% of electrophysiologists failed correctly to recognise ECG artefact resembling a wide complex tachycardia, and the majority of them recommended subsequent invasive procedures for further evaluation or therapy.11 Artefacts are defined as ECG abnormalities that may be due to sources other than the electrical activity of the heart. By far, body tremor is the most common cause, resulting in electrocardiographic artefact in clinical practice, and could be misdiagnosed as VT.12–15 In addition to the tremors, other factors such as clonic jerking, loose leads, etc. may play a role. Incorrect interpretation of these artefacts can lead to unnecessary and potentially harmful procedures, such cardioversion or drugs, invasive electrophysiological testing, or implantation of cardioverter defibrillators.2,11,16 However, there has been no electrocardiographic algorithm effectively differentiating pseudo-VT. Huang et al. suggested an electrocardiographic algorithm for differentiation of tremor-induced pseudo-VT. In this study, three electrocardiographic ‘signs’ were identified: ‘sinus’ sign, ‘spike’ sign, and ‘notch’ sign, an electrocardiographic algorithm was created.17 Artefact can often be differentiated from VT when normal or discrete components of the QRS complexes (the ‘notches’ sign) are visible at intervals that correspond to multiples of the baseline rhythm RR interval.18 To confirm the presence of artefact, one need only establish that the notch-to-notch intervals correspond to the sinus RR intervals, as can easily be done in each of these recordings. The notches sign is especially useful in cases in which the native QRS complexes are not readily recognisable within the apparent instance of rapid, wide-complex tachycardia.18 Additional findings that support a diagnosis of artefact include: the absence of haemodynamic compromise; an unstable baseline on the electrocardiogram; a pseudo-premature ventricular contraction occurring within the absolute refractory period of the native QRS complex without the corresponding compensatory pause (RR interval not modified); and the relation of the arrhythmia to patient movement (in this case, tremor). In order to prevent artefacts during a Holter recording, the integrity of the electrodes must be evaluated and the patient advised to avoid intense body movements or exercise. In addition, physicians must be experienced and able to recognise such artefacts to avoid an erroneous diagnosis and should include artefact in their differential diagnosis of wide complex tachycardia to minimise unneeded procedures.16

Ozlem Karabulut, Ozcan Ozeke, Ilke Erbay, Ertan Ekici, Serkan Cay, Firat Ozcan, Serkan Topaloglu and Dursun Aras have nothing to declare in relation to this article. No funding was received in the publication of this article.

Compliance with Ethics: All procedures were followed in accordance with the responsible committee on human experimentation and with the Helsinki Declaration of 1975 and subsequent revisions, and informed consent was received from the patient involved in this case study.

No funding was received in the publication of this article