Aims: The association between obstructive sleep apnoea (OSA) and atrial fibrillation (AF) is yet to be fully delineated. Although several observational studies have suggested an independent association between OSA and AF, subsequent randomised controlled trials have failed to demonstrate any benefit of OSA treatment on reducing AF incidence. Complicating the interpretation of the data on OSA and AF is the strong association of both these conditions with obesity, which may act as a confounder, and it is therefore unclear whether this association is mediated by shared co-morbidities such as obesity. We performed Mendelian randomisation (MR) to investigate the causal relationship between OSA, body mass index (BMI) and AF.

Conclusion: Our data suggest that OSA is not independently causal of AF and their association is attributable to mediation or confounding from obesity, while we confirm that obesity is causally associated with AF. Our results highlight a hierarchy of importance for the putative modifiable risk factors for AF, with evidence for obesity being stronger than that for OSA, suggesting that weight reduction treatments may be potentially more effective than OSA treatments in reducing AF burden. 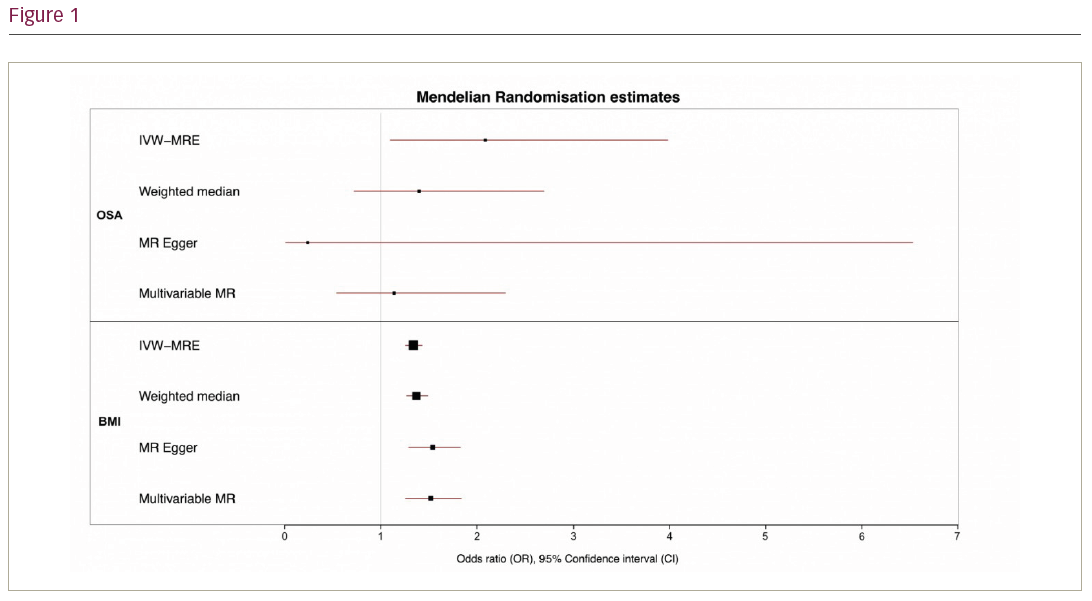