Conclusion: Thoracoscopic ablation resulted in excellent short-term and long-term arrhythmia outcomes with a significant reduction in median AF burden to 0% and a strong trend to reduction in mean AF burden seen up to 3 years post-ablation. ❑ 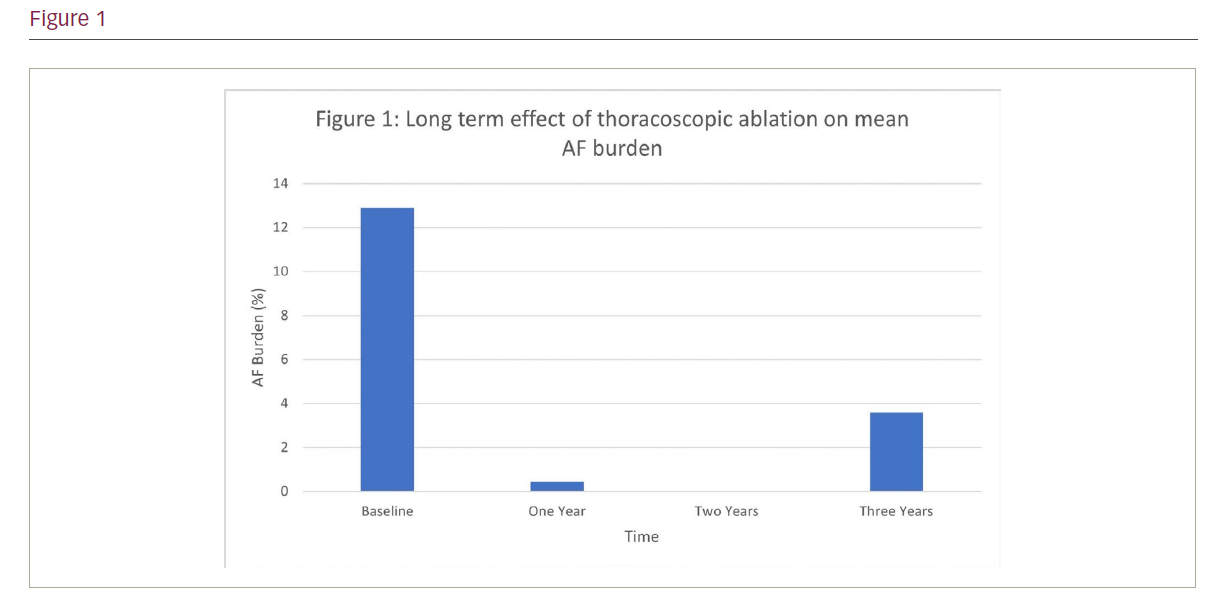