Background: Techniques for atrial fibrillation (AF) ablation have evolved and reduced patient radiation dose. There are limited contemporary data comparing the dose from AF ablation with other common radiation sources.

Methods: All patients underwent an AF ablation, under general anaesthetic, by a single high-volume operator between January 2018 and December 2019. The primary method of pulmonary vein isolation (PVI) was either CB or RF. 3D mapping was used for RF but not for CB. Transeptal punctures were guided by trans-oesophageal echo. Summary procedural radiation doses were compared to established average dose exposure published in 2011 by Public Health England.

Conclusion: Radiation exposure during contemporary AF ablation is low. CB has higher patient doses than RF ablation but still lower than a transatlantic flight. Clinician dose behind lead shields and skirts is likely to be lower. The musculoskeletal harm from wearing lead, in this setting, therefore may outweigh the potential radiation protection benefit. 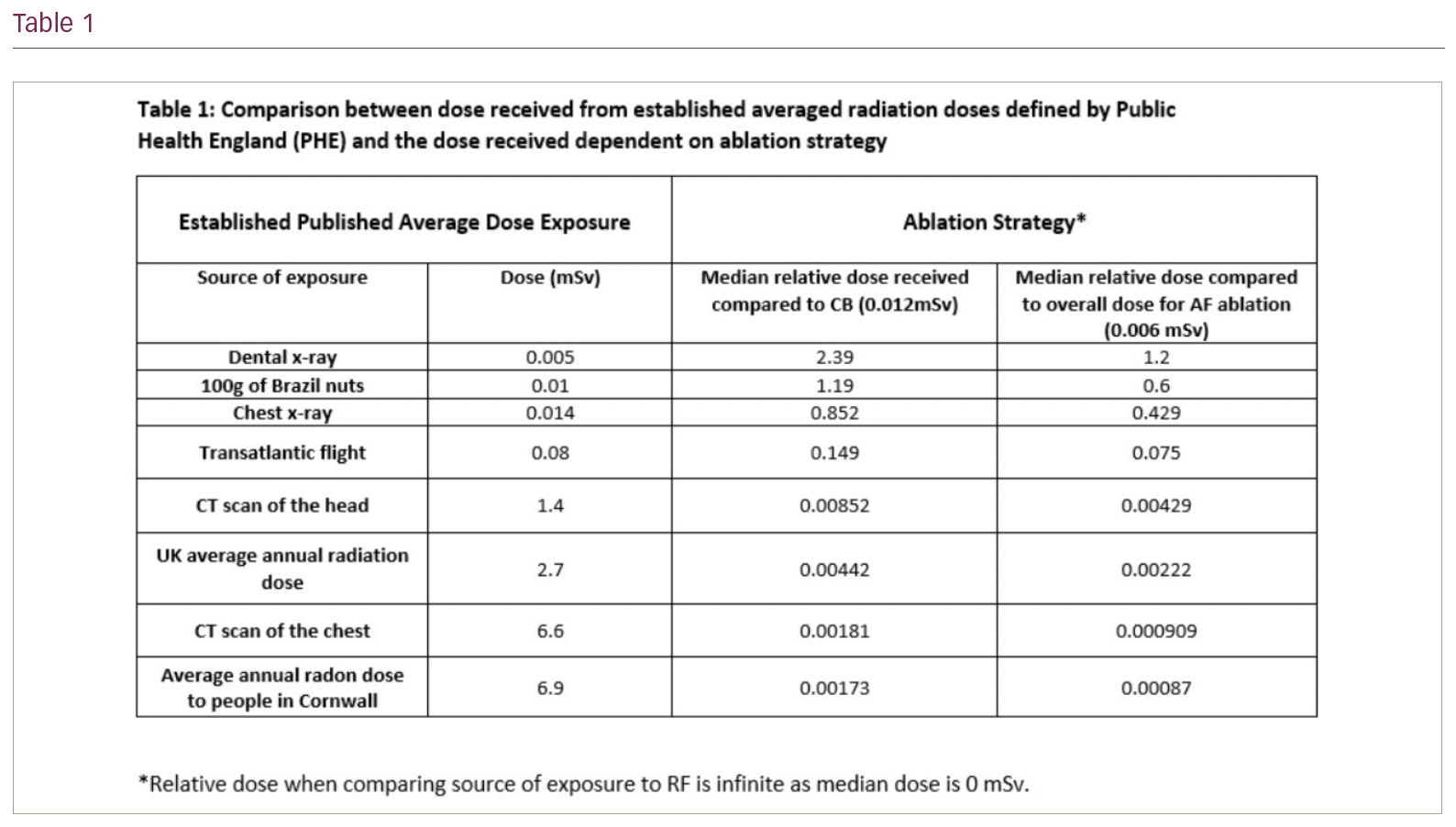