Our trust recently replaced our defibrillators with the Zoll R Series Plus. This has a rectilinear biphasic waveform. Compared with traditional energies used with monophasic waveforms, the Zoll literature recommends lower energies for synchronised DC cardioversion of arrhythmias, starting at 75J (75J, 120J, 150J, 200J), based upon the results of clinical trials; the recommendations are to use 120J if the BMI is significantly elevated. When we switched across to the new defibrillators using the recommended protocol, we noticed a lack of first shock efficacy, and sought to compare the efficacy of the recommended protocol with a simpler protocol of up to 3 200J synchronised shocks using the same device by undertaking a service evaluation.

In conclusion, using a higher initial starting energy rather than the recommended settings reduces the number of shocks delivered to patients to achieve cardioversion, and made running a cardioversion list more efficient. No safety issues were encountered. 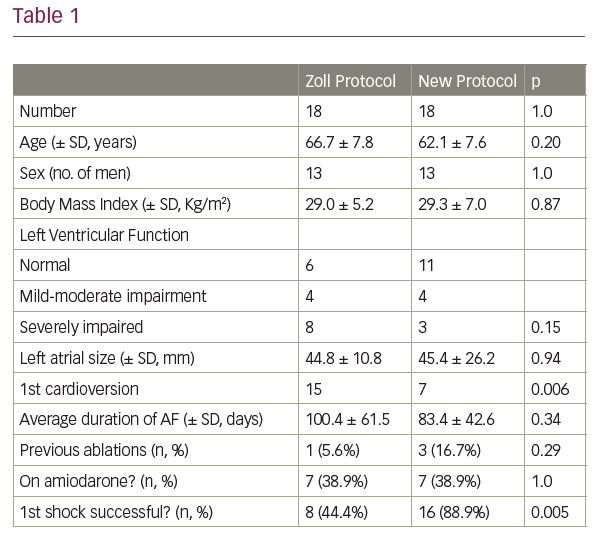