Introduction: Conduction tissue damage during cardiac surgery necessitates permanent pacemaker (PPM) implantation in approximately 4% of patients. Studies have demonstrated late recovery of conduction in 16-42% of patients, but the time course is unknown. It is also unclear whether the presence of an underlying rhythm (ULR) at the time of implant predicts late recovery. We sought to assess the ULR at implant, 6 weeks and 1 year in patients undergoing cardiac device implantation post cardiac surgery and whether ULR at implant and 6 weeks was predictive of late conduction recovery. 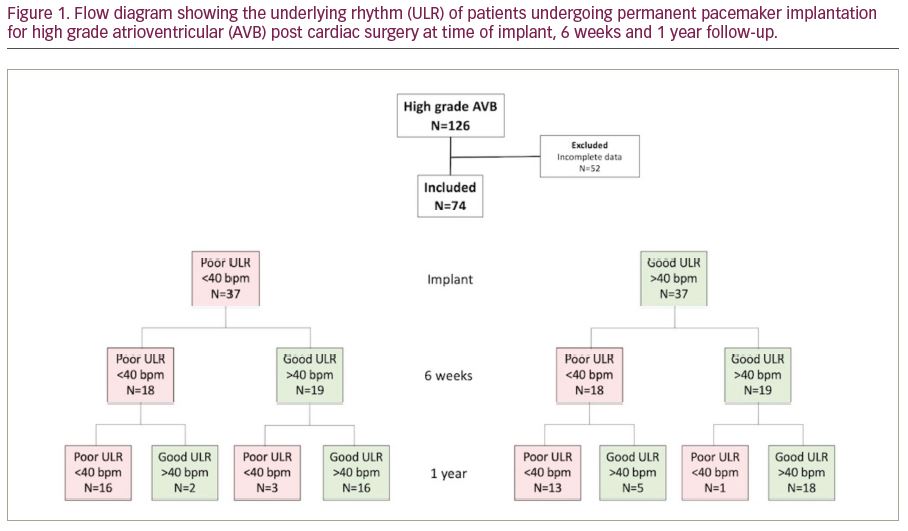