Background: Small- and medium-scale studies have suggested that increasing body mass index (BMI) is associated with corrected QT (QTc) interval prolongation, and thereby a higher risk of ventricular arrhythmia. However, there is a lack of large-scale studies to corroborate this finding. Given the increasing prevalence of obesity, we sought to investigate the association between anthropometric measurements and QTc among a large sample of the UK population.

Conclusion: QTc was negatively correlated with measures of adiposity and central obesity, specifically IMP, WHR and WG. There was no direct relationship between QTc and BMI, which is a less specific measure of adiposity. These data suggest a possible direct effect of adipose tissue on ventricular repolarisation. 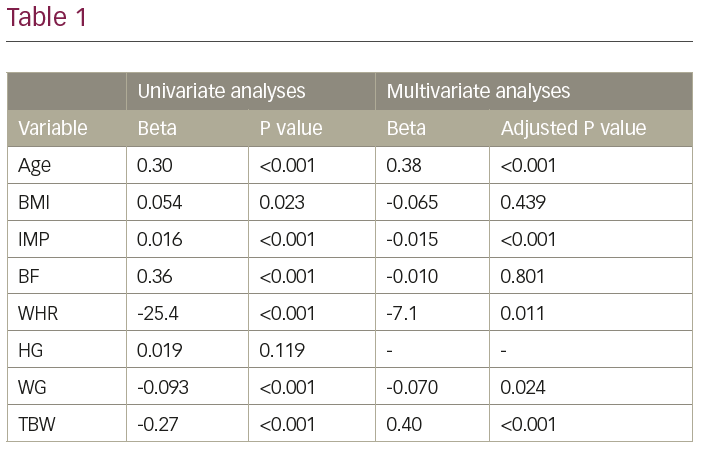