Introduction: Atrial fibrillation (AF) is the most common arrhythmia diagnosed in clinical practice. Mechanism of paroxysmal AF is suggested to be trigger points across the atrium caused by inflammation which can turn into fibrosis of the atrium which we call substrate (2). Pulmonary vein ablation is used to ablate trigger points to treat paroxysmal AF, the two methods of doing that are point by point radiofrequency ablation and cryoballoon ablation.

Methodology and population: One-hundred-and-seventy patients with paroxysmal atrial fibrillation who had at least one pulmonary vein ablation procedure between March 2016 and March 2018 were part of the study.

The ablations were as follows:

Results: Statistically significant results are illustrated in the following chart: 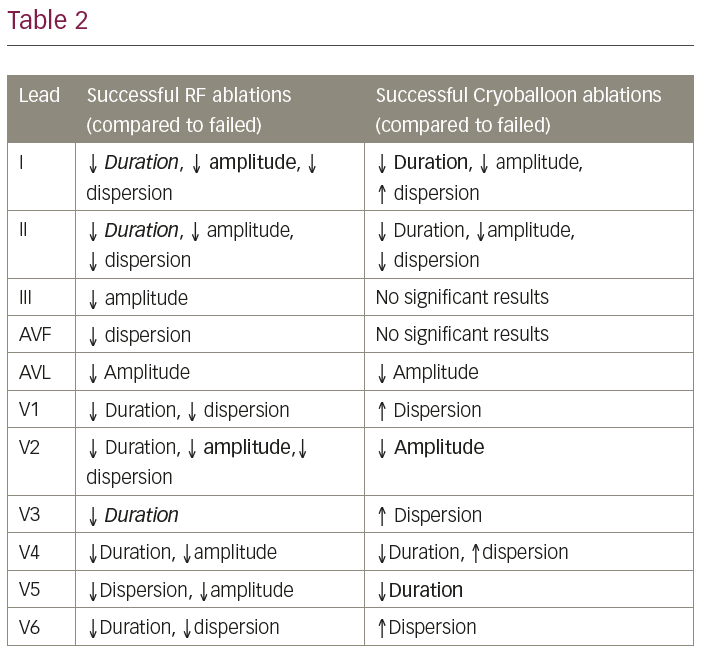