Objective: To determine whether changes in QRS area (ΔQRSarea) in LV lead vectors of a quadripolar lead (QUAD) relates to the acute haemodynamic response (AHR) to CRT. 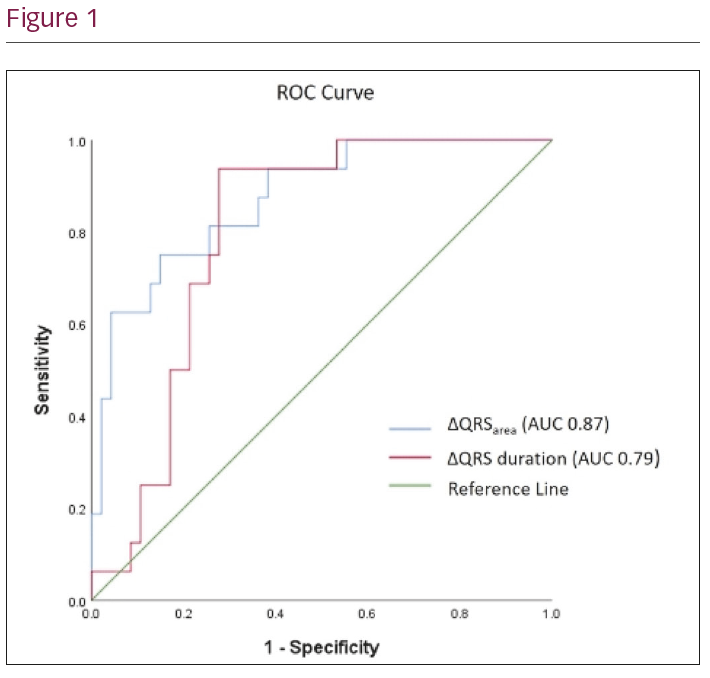