Methods: Eighty consecutive patients were prospectively enrolled and randomised to one of 4 combinations of RF power and target LSI for ablation on the LA posterior wall (20W/LSI 4, 20W/LSI 5, 40W/LSI 4 and 40W/LSI 5). The primary endpoint of the study was the occurrence and number of oesophageal temperature alerts (OTAs) per patient during ablation. Acute indicators of procedure success were considered as secondary end-points. Long term follow-up data were also collected for all patients.

Results: Oesophageal temperature alerts (OTAs) occurred in a similar proportion of patients in all groups (Figure 1). Significantly shorter RF durations were required to achieve the target LSI in the 40W groups. Less than 50% of the RF lesions reached the target LSI of 5 when using 20W despite a longer RF duration. A lower rate of first-pass Pulmonary Vein Isolation and a higher rate of acute Pulmonary Vein Reconnection were recorded in the group 20W/LSI 5. A lower AF recurrence rate was observed in the 40W groups compared to the 20W groups at 29 months follow-up (p=0.015; Figure 2). An LSI of at least 5 on the LA posterior wall was associated with better long-term outcomes (p=0.004; Figure 3).

Conclusions: When guided by LSI, posterior wall ablation with 40W is associated with a similar rate of oesophageal temperature alerts and a lower AF recurrence rate at follow-up if compared to 20W. These data will provide a basis to plan future randomised trials 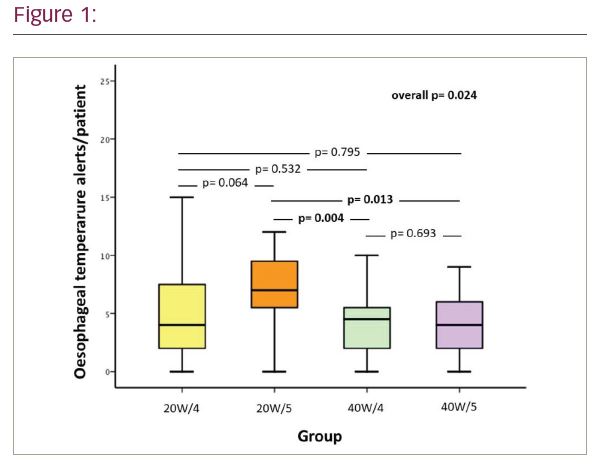 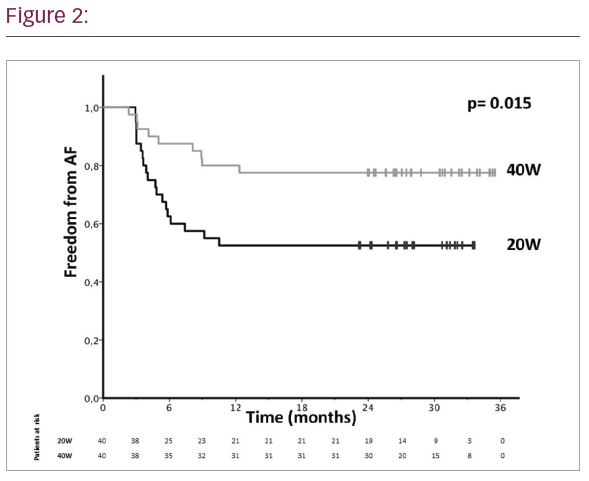 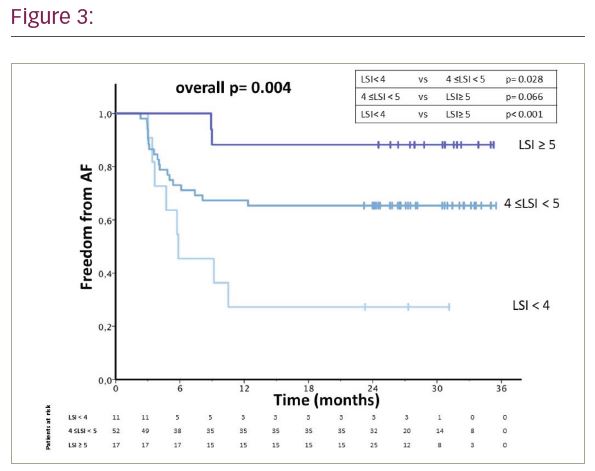