Introduction: Implantable cardioverter defibrillators (ICDs) prevent sudden cardiac death, but transvenous ICD implants (T-ICD) are associated with significant complications. Subcutaneous ICDs (S-ICD) have been developed, however the advantages are offset by limitations in device function: currently subcutaneous devices cannot deliver brady pacing, anti-tachy pacing (ATP) or cardiac resynchronisation therapy (CRT). Current guidelines for S-ICD patient selection are open to interpretation and it is unclear what proportion of patients currently undergoing T-ICD implant could benefit from S-ICD therapy. We analysed a cohort of T-ICD patients to establish what proportion would be suitable for S-ICD implant and what effect different selection policies would have on therapies and upgrades.

Methods: Retrospective date was collected on patients over 18 years undergoing first T-ICD implantation at King’s College Hospital, London between January 2009 and October 2013 and Southampton University Hospital between January 2003 to December 2007. Patients were followed every 3–6 months either in person or via remote monitoring. Therapies were classified on analysis of stored electrograms by two cardiologists.

We modelled the impact of three S-ICD implant policies:

Intermediate: as above plus hypertrophic cardiomyopathy or grown-up congenital heart disease; and

Three-hundred-and-thirty-three patients requiring CRT and 55 patients with brady pacing indications were excluded, leaving 563 patients for consideration of a S-ICD. The impact of least liberal, intermediate and most liberal implant policies across different age groups are illustrated in Figure 1.

Using the least liberal approach, no patients required upgrade to CRT over the study follow-up period. With an intermediate implant policy, one patient (1.4% of group) required CRT and with the most liberal policy five patients (2.2% of group) required CRT. Incidence of successful ATP treatment of sustained VT was higher in the group of patients considered for S-ICD under the most liberal policy compared to other groups (p>0.05 for all comparisons).

Conclusions: Liberalisation of S-ICD implant criteria allows more patients to benefit from the lower complication profile of these devices. However, this is offset by a higher risk of needing CRT upgrade, and higher risk of suffering shocks for arrhythmias that could be effectively treated by ATP by a T-ICD. 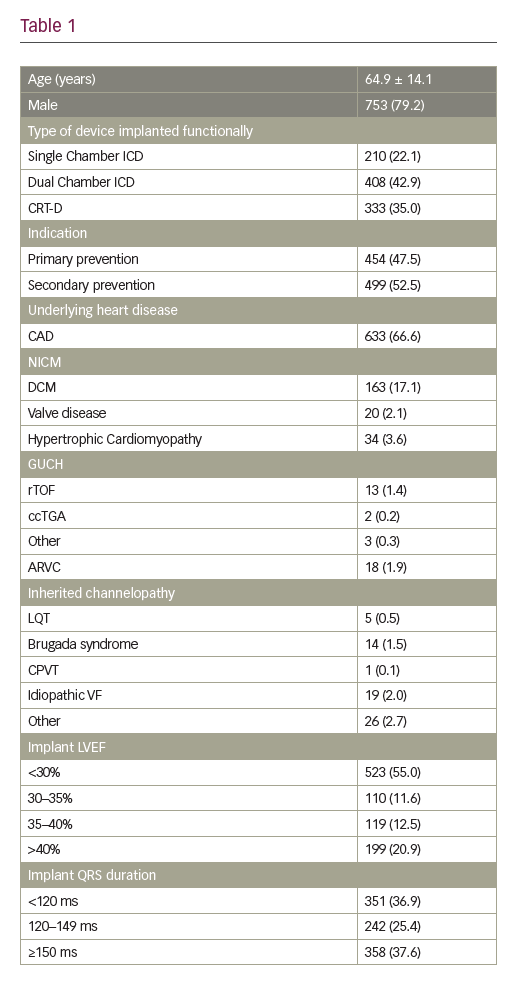 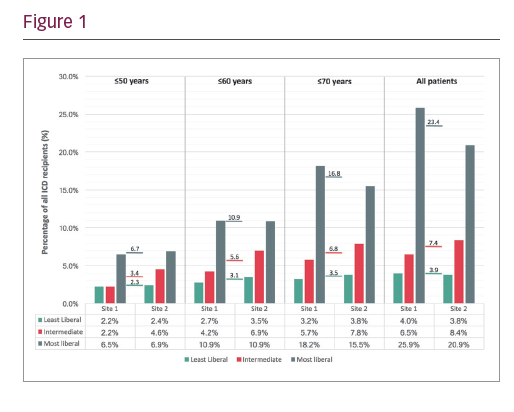