Introduction: Transient global amnesia (TGA) is a clinically important syndrome with a poorly understood aetiology. Patients display sudden and severe anterograde memory impairment associated with differing levels of retrograde amnesia and executive dysfunction. One theory is that TGA occurs as a result of hypoxia and ischaemia affecting susceptible parts of the brain. We report a case of TGA in a patient who was found to have a bradyarrhythmia. We propose that cerebral hypoperfusion resulted in this episode of TGA.

Case presentation: A 70-year old male with a background of hypertension and hypercholesterolaemia presented to the Emergency Department following an episode of altered behaviour and cognition. He had no recollection of the day’s events. His daughter reported he was acting strangely and driving recklessly around the city. On review he was asymptomatic but had a memory gap for approximately 10 hours of that day. On physical examination he was alert and fully orientated. His heart rate was 49 beats/minute (bpm) and his blood pressure was 169/77 mmHg. Cardiovascular examination revealed no murmurs or evidence of heart failure. Neurological exam was non-contributory. He scored 29/30 on the Mini Mental State Exam. Electrocardiogram showed a junctional bradycardia with a ventricular rate of 49 bpm, no ST segment changes and a corrected QT interval of 398 ms (Figure 1). The ventricular escape rate was as low as 26 bpm on 24 hour telemetry. Brain CT showed mild cerebral atrophy and MR-Angiogram revealed age-appropriate chronic small vessel ischaemic changes. Cerebrospinal fluid analysis, encephalocardiogram and transthoracic echo were normal. Given the history and risk factors, investigations first focused on ruling out a transient ischemic attack, autoimmune encephalitis and transient epileptic amnesia. Following this, we concluded that his symptoms were in keeping with TGA. He had a dual chamber permanent pacemaker (PPM) implanted. A pacemaker check 1 year later showed atrial pacing of 96.8% and ventricular pacing of 0.2% with an underlying ventricular escape rate of 40 bpm. No further amnesic episodes had occurred.

Discussion: Although various mechanisms have been suggested (such as hypoxia, migrainous phenomena, epilepsy and psychogenic disorders), there is no consensus on the pathogenesis of TGA. The hippocampus is involved in formation and retrieval of new episodic memories and is believed to be the primary site of involvement in TGA. On a cellular level, the highly metabolically active neurons in the hippocampus are particularly vulnerable to ischaemia. There is evidence to suggest that low heart rates can contribute to ‘cardiac dementia’. This is a term that refers to progressive ischemia of the brain secondary to asymptomatic dysrhythmias and hypotension. Brain CT scans of bradycardic patients show more advanced atrophy when compared to age-matched subjects with normal heart rates. Bradycardic patients who underwent PPM insertion were shown to have improvement in cognitive function. Changes in haemodynamics may play an important role in the regulation of cerebral circulation, especially in elderly patients who may suffer from blunted cerebral autoregulation. In this case, we postulate that the degree of cerebral hypoperfusion resulted in transient cerebral dysfunction that presented as an episode of TGA. Physicians need to investigate for bradyarrhythmias in patients with TGA and be cognizant of the potential therapeutic avenue of PPM implantation. 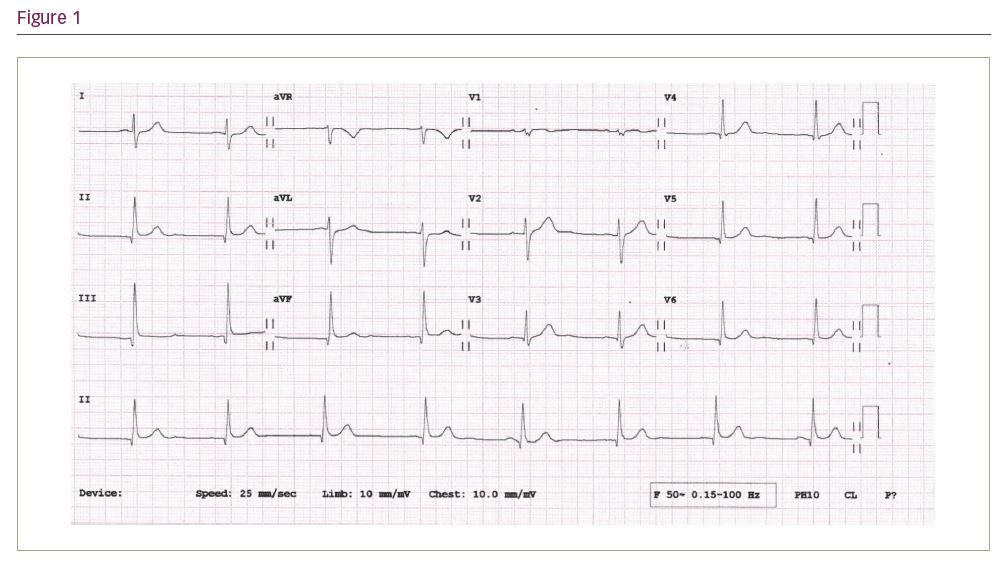