The extent of coronary artery disease has actually been shown to be an important indicator of prognosis. Cardiac CT has the ability to measure plaque, with both coronary artery calcium (CAC) scanning and computed tomographic angiography (CTA) to measure total atheroma burden. Beyond assessing stenosis and atherosclerosis, CT angiography can assess the high-risk plaque. These plaques are thought to be consistent with plaques that are vulnerable, more likely to rupture and cause acute coronary syndromes. However, the high-risk plaque concept suffers from poor reproducibility and poor positive predictive power. Total coronary artery burden has been shown to be a better predictor of coronary events than high risk plaques or stenosis. This paper reviews the literature in this regard and demonstrates total coronary atheroma burden to be the best predictor of future cardiovascular disease.

More than half of acute coronary syndromes (ACS) occur in subjects with no significant coronary stenosis.1 In view of the number of patients dying each year from a heart attack, the question of identifying these patients is of primary importance. A large body of evidence currently exists, indicating that total coronary atheroma burden (TOCAB) – the summed volume of all coronary plaques – is a major predictor of events, regardless of the presence or absence of a significant stenosis. TOCAB is derived by using quantitative software to sum the entire plaque volume in the coronary arteries. Quantitative analysis of the entire coronary tree is conducted for each patient. Vessel volume (mm3) and plaque volume (mm3) of all segments are obtained from the entire coronary tree and then added to generate vessel volume and plaque volume on the per-patient level (Figure 1). That does not mean that the concept of significant stenosis is obsolete, since ACS can often occur in patients with stenosis beyond 70%; but it indicates that the extent of coronary atheroma is clearly a marker of risk, and should be taken into account in the management of patients with coronary disease. In this paper, we will review the available literature and rationale for evaluating total atheroma burden in patients.

The extent of coronary artery disease has been shown to be an important indicator of prognosis for quite a long time; the CASS (Coronary Artery Surgery Study) 22 has provided evidence that patients with triple vessel disease were at higher risk than those with double vessel disease, who themselves were at higher risk than patients with single vessel disease. This, obviously, was about significant stenosis; but since 2005, and thanks to landmark studies about calcium scoring, extremely strong evidence has been obtained in tens of thousands of patients, showing that the extent of calcified coronary plaques was highly predictive of events in the general asymptomatic population.2 In early studies, it was established that calcium score was highly correlated with TOCAB.3

It is relatively simple to extract calcified plaques from a computed tomography (CT) image obtained after a non-injected acquisition, but performing the same operation with non-calcified plaques is a totally different story. Indeed, the contrast difference between a lipid-rich or a fibrous plaque and its neighbouring tissue is usually of little magnitude, making its extraction difficult, whether visual or mechanical. The progress of artificial intelligence and deep learning, however, permit such an analysis nowadays, and have led to an already significant number of publications demonstrating the clinical relevance of quantifying TOCAB with two targets: improving the identification of high-risk subjects, and monitoring the direct impact of treatments on coronary atheroma.

Is there ‘high-risk plaque’?

High-risk plaque has been investigated by an impressive number of studies over the past 40 years, from pathological studies,2,3 to studies based on invasive coronary angiography,22 to current publications based on computed tomography angiography (CTA).4,5 Three major CTA criteria have been identified that classify plaque as risk for the patient: 1. the presence of a hypodensity area (<30 HU), 2. positive remodelling of the artery at the site of the lesion (>10% of the vessel calibre), and 3. micro-calcifications (<3 mm). Several studies have established that the presence of such plaques was associated with a higher number of events.4

The concept of high-risk plaque, however, suffers from several limitations. Firstly, the three major criteria for identifying such plaques, although theoretically quantitative, remain essentially subjective, and their inter-observer reproducibility is low. Secondly, the sensitivity and specificity of these criteria for predicting ACS are low. For instance, in a study by Halon et al., 630 patients were followed-up for 9.2 years, with 3.5% of patients with high-risk plaques having ACS versus 0.6% in other patients, a statistically significant difference.5 Essentially, 96.5% of patients with high-risk plaques never had ACS, and only 3.5% of high-risk plaques led to ACS. Thirdly, ACS usually results from rapid progression of coronary atheroma, which proceeds in a non-linear and sometimes abrupt way.6 Thus, the appearance of a coronary plaque 3 years before ACS may not reflect its morphology in the minutes preceding the accident.

Finally, it is now well established that most cases of ACS occur in a perturbed environment that affects the entire body, with signs of inflammation often associated with haemostasis and neuro-hormonal disturbances.7 One hypothesis is that the number of plaques – the extent of coronary atheroma – is a key factor in such an unstable situation.

As mentioned, the progression of coronary artery disease is a discontinuous process, which was initially studied from iterative invasive coronary angiography performed in the same patient.8 These studies, however, provided only luminal information; invasive angiography shows a ‘cast’ of the vessel lumen, but cannot assess the entire volume of plaques. More recent studies have been based on CTA and have therefore been capable of measuring TOCAB, its evolution over time and its value for predicting events.

In a group of 1,124 patients who underwent two CTAs with an interval of at least 2 years, TOCAB improved the predictive value of traditional risk factors, which, in itself, was low.9 In the 1,769 patients of the SCOT HEART trial, who were followed up for a mean 4.7 years, low attenuation plaque burden was the strongest predictor of infarction, irrespective of cardiovascular risk score.10 Two hundred and twenty-four patients from the PARADIGM study were identified as ‘progressors’; TOCAB was identified as the most predictive marker for progression, above the volume of calcified plaques, the presence of plaques at risk, the presence of >50% stenosis, or traditional risk factors.11 It should be noted that these patients were at low risk, since patients with events were not included in this analysis. In another sub-group of the PARADIGM study, which included 1,297 patients with no significant stenosis, TOCAB was the best predictor of an evolution toward >50% stenosis. High-risk plaque criteria were not predictive.12 In the CONFIRM study, 3,547 patients with no significant stenosis were followed for 5.4 years. TOCAB was the best predictor for hard events, ahead of classical risk factors.13

In a unique study, 2,748 patients were followed for 5 years; 35 deaths from cardiac origin were recorded and three of these patients were eliminated from the study due to poor CTA image quality.4 The remaining 32 deceased patients were matched with 32 controls. Average calcium score in the deceased group was 970 versus 283 in the control group (p<0.02); TOCAB was 303 mm3 versus 150 mm3 (p<0.007). Forty-seven per cent of the deceased patients had a >70% stenosis versus 22% in the control group (p<0.03). Contrast gradient – a new measure of the functional severity of a stenosis, calculated as the ratio of contrast density upstream versus downstream stenosis – was 48% in the deceased group versus 26% in the control group (p<0.004). In this study, contrast gradient was the most powerful criteria associated with a fatal issue, followed by TOCAB, calcium score, and the presence of a >70% stenosis.

It appears, therefore, that TOCAB is a powerful tool for predicting both the progression of coronary atheroma, and the occurrence of serious adverse events. Calcium score and the presence of >70% stenosis are also predictive of events, but their prognosis value is less than that of TOCAB.14

A technical issue – should TOCAB be normalised?

Indeed, one may expect that a 3 mm plaque might not have the same consequences in a 2 mm or 4 mm diameter vessel, hence raising the question of whether data should be normalised. In a subset of the PARADIGM study, which included 1,479 patients, a significant relationship was found between TOCAB, body surface area and coronary arterial volume.15 When TOCAB was normalised to arterial volume, the influence of body surface area no longer existed, suggesting that normalisation of TOCAB could be of interest. It should be stressed that at the current time, except for one study,16 no evidence exists to support that normalised TOCAB would provide superior information versus native data.

A common observation is that some patients have small coronary arteries; that is, arteries whose diameter is reduced when compared with the size of their heart. To study this, 325 patients were followed for 4.6 years, with 11.1% cardiovascular events.17 Patients with a low artery volume/myocardial mass ratio (<28 mm3/g) had four times more events than patients with high coronary artery volume index (17.2 versus 4.5, p<0.001), regardless of the presence of significant stenoses. Such a result supports the idea of a normalisation of atheroma data to the volume of the coronary arterial tree.

Assessing the direct impact of treatments on coronary atheroma

A recent meta-analysis, which included 12 studies, found that statins, on average, reduce the volume of plaques (−20 mm3), which increases in non-statin treated patients (+14 mm3).18 More specifically, it seems that statins induce a ‘healing’ of plaques, which tend to calcify, leading to a moderate rise in calcium score. At the same time, statins reduce the volume of non-calcified plaques. The impact of a series of other agents on coronary atheroma have been extensively analysed in a recent review.19

In conclusion, the management of risk factors is currently operated by monitoring the risk factor itself: blood pressure, blood glucose or cholesterol, for instance. Recent studies, however, indicate that risk factors have a limited value for predicting the occurrence of serious adverse events, especially when compared with TOCAB, whose predictive value is higher than that of calcium score, or even the presence of a significant stenosis. The quantitative evaluation of TOCAB can help identify subjects at high risk, and can also be of value for directly assessing the efficiency of preventive actions, pharmacological as well as non-pharmacological, on the atherosclerotic plaques themselves.20,21 This important technological step can lead to a significant improvement in the prevention of cardiovascular accidents.

Jean-Marc Foult, Shruthi Pranesh, Matthew J. Budoff have no financial or non-financial relationships or activities to declare in relation to this article.

All procedures were followed in accordance with the responsible committee on human experimentation and with the Helsinki Declaration of 1975 and subsequent revisions. Informed consent was received from the patient involved in this case study. 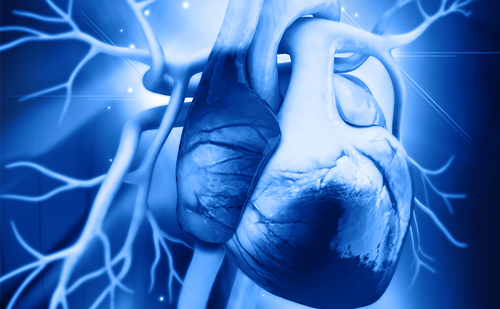 Anomalous coronary arteries originating from the opposite sinus of Valsalva (ACAOS) is one of the most clinically relevant abnormalities among the wide spectrum of coronary artery anomalies.1 Sudden cardiac death has been related to myocardial bridges, ectopic origin of the pulmonary artery, a single coronary artery and ACAOS with an intramural course (ACAOS-IM), especially in young […]