Methods: Three patients who underwent VT ablation for implantable cardioverter defibrillator (ICD) shocks, had substrate mapping performed using the HD Grid and pre-procedure cardiac magnetic resonance imaging (CMR). The HD Grid is a multipolar mapping catheter containing 16×1 mm electrodes in a 4×4 grid layout with equal spacing of 3 mm. Bipolar voltage maps were collected using HD wave mapping technology, whereby orthogonal bipolar wavefronts are analysed by the system and the better of the two signals is used to negate the effect of wavefront directionality. Also, the system uses the best duplicate algorithm, whereby the highest amplitude signal in a collected region is displayed on the map. Gadolinium-enhanced CMR data was analysed using the ADAS software (Galgo Medical), which segments the myocardial scar density, and was co-registered with the electroanatomical map on the Precision software platform (Abbott, Inc, USA). Voltages in CMR scar were assessed to characterize the most accurate settings for endocardial scar (Figure 1A). 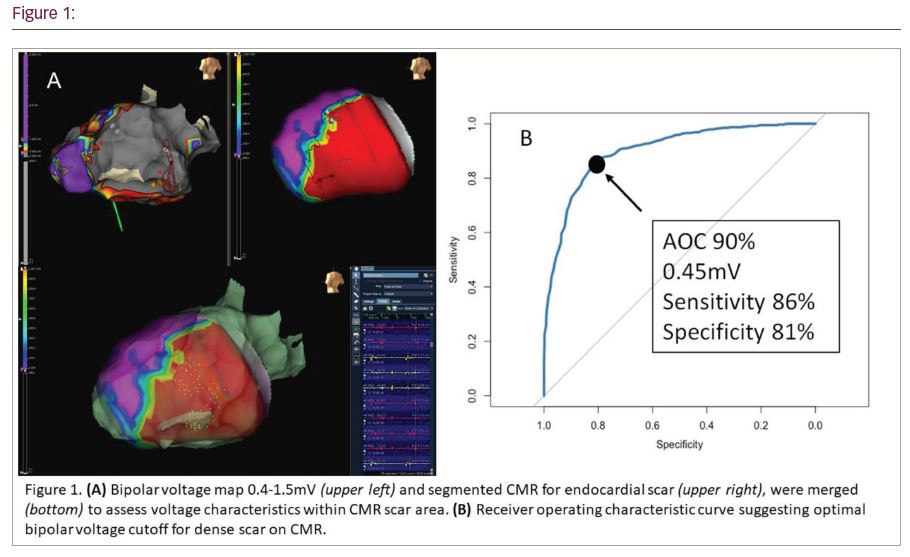 European Journal of Arrhythmia & Electrophysiology. 2022;8(1):Online ahead of journal publication

The current outbreak of coronavirus disease 2019 (COVID-19), caused by severe acute respiratory syndrome coronavirus-2 (SARS-CoV-2), has developed into a worldwide pandemic affecting millions of lives in one way or another.1 Over the period of 1 year since the disease was first reported from Wuhan, China,2 COVID-19 has infected over 50 million patients and resulted […]