Background: Incidental LBBB (iLBBB) is a frequent cause for cardiology referrals. In such instances, there may be uncertainty as to its prognosis and need for clinical follow-up. Cardiovascular magnetic resonance (CMR) is the gold-standard for myocardial phenotyping.

Objectives: To determine the utility of CMR in the risk stratification of patients with iLBBB.

Methods: CMR was used to identify the myocardial phenotype of patients with iLBBB. We compared outcomes of patients with an iLBBB with (iLBBBCMR+) or without (iLBBBCMR–) an abnormal CMR scan with healthy controls as well as age- and sex-matched individuals in the general population (life tables).

Conclusions: Over two thirds of patients with a iLBBB had an abnormal myocardial phenotype on CMR. Outcomes in iLBBBCMR+ were poor. Survival in iLBBBCMR- was comparable to the general population. 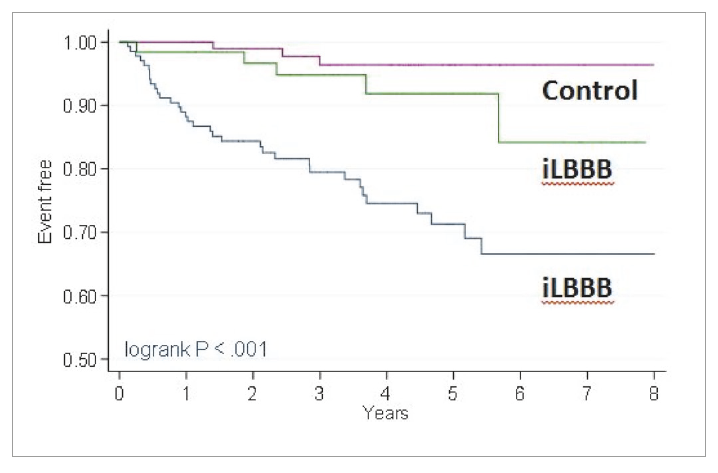