Methods: A total of 278 subjects with BrS (56% male, mean age at presentation 43 ± 15 years) were included in this study, for whom complete clinical and follow-up data and HPL-Holter(s) after initial evaluation were available. Of these, 59 had a spontaneous T1-BrS pattern at presentation (Group 1) and 219 did not (Group 2), usually requiring ajmaline provocation testing to confirm the diagnosis.

Conclusions: Twelve-lead 24-hour ambulatory ECG monitoring including additional HPLs can identify a transient spontaneous T1-BrS in up to 15% of the subjects without the diagnostic pattern at presentation, most during the first year after the diagnosis. In this group, the presence of a T1-BrS pattern is associated with arrhythmic events. We recommend re-evaluation with high precordial 12-lead Holter monitoring of subjects without spontaneous T1-BrS at presentation once a year for at least the first 2 years post-diagnosis. ❑ 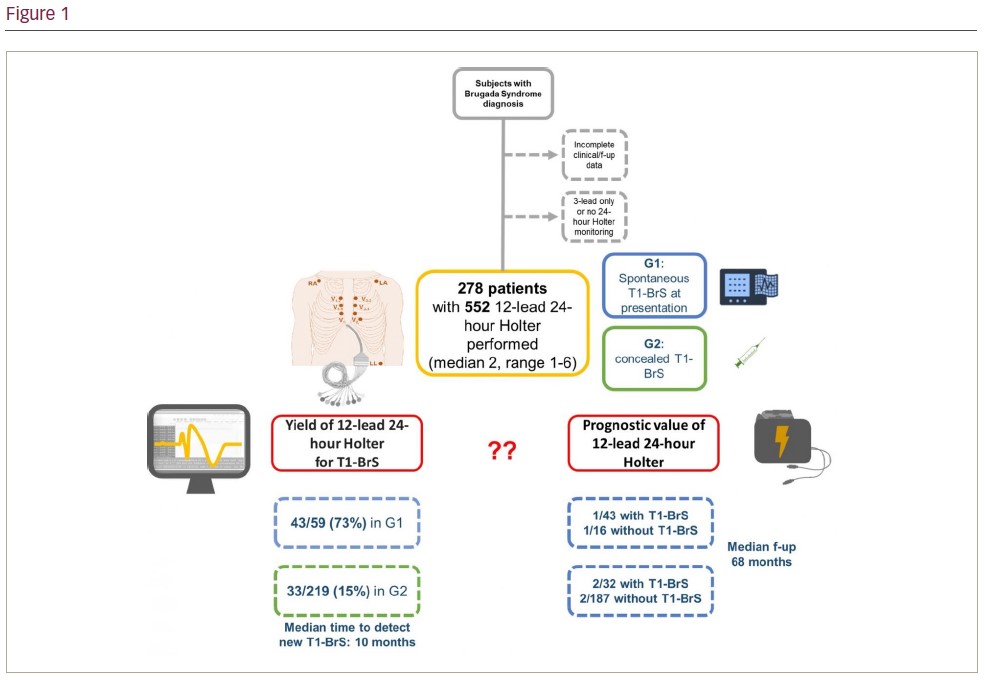